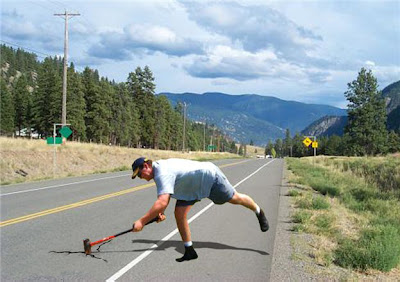 With MIX firmly behind us and Raighne in the midst of getting Little Heart off the ground (look to your right), we thought we'd take a moment (or several) to give a little rundown of the whats, whoms, wheres, and whens for 2dc in the first half of twentytwelve. 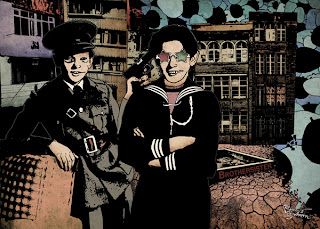 First up will be Chicago Zine Fest, running March 9-10. Raighne and I will both be making the trek, where we'll be debuting a zine we pulled together in December 2011 and into January of 2012, Brothersister (cover at left). Our donators to the Motherlover Kickstarter are receiving advance copies, as this was made with that set in mind, but it was a fun little project to put together and it has a good sampling of work from both 2dc veterans as well as talents fresh to our pages. CZF was good to 2dc last year, so I suspect we'll see a repeat this year! 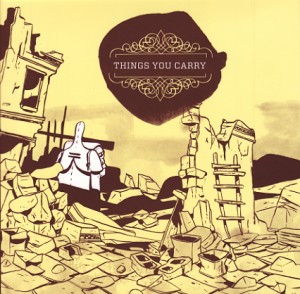 The next leg of our tour will see us out in Portland for Stumptown, running April 28-29. While Raighne, myself, and our better halves had one of our best out of town shows at Stumptown 2010, we're unfortunately going to have to miss this year's show. In our stead will be Vincent 'King Mini' Stall, who will be there to promote his new book published by 2dc back in November, Things You Carry, as well as make available the rest of the 2dc catalog.  If you're lucky, you may see some of Vincent's stellar mini's and prints hanging out with the old 2dc standby's as well. While we're bummed we won't be able to attend, we're very happy and fortunate to have Vincent representing us out there and know we're in good hands with him behind the table.
May will see Raighne and I (Justin here, BTW), on the road again, but this time out to Toronto for TCAF (5/5-6)! We did this show back in 2009 and while we were still in the throes of some notable growing pains, the show itself and the city of Toronto were hard to top. If all goes to plan, we will be debuting Little Heart at the show: 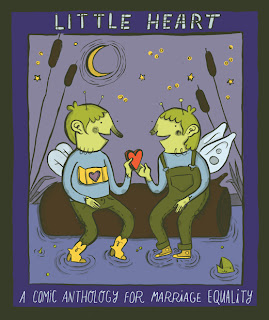 Joining us at the 2dc table will be Ed Choy and Jeremy Sorese, both of which have lengthier contributions in Little Heart. Ed is one of the oldest 2dc artists outside of the original trifecta of Raighne/Meghan/Me that we still work with and we're glad to have him along. In addition to his 2dc work, Ed will have a couple of his own mini's at the show, one of which will be new! Jeremy was introduced to Raighne at MIX by the great Annie Koyama (who we're excited to see again!), and we were quickly impressed with his great color sense and dynamic compositions. Having him in Little Heart was definitely a boost and we welcome his presence at our table as well. A few other Canucks of note will be residing between the covers of Little Heart: Maurice Vellekoop, Michael Deforge, Kate Craig + Emily Carroll, and a foreword penned by Chris Butcher. All five bring various strengths to the book and we're very lucky to have them be a part of it. One side-note: Anna Bongiovanni will be found across the border this weekend as well, slinging her newest mini, The Offering, along with her other great prints and mini's, so track her down and help make her trip even more worthwhile!

*catching breath*...okay. A few weeks after returning home Raighne and I will be tag-teaming one of our old local favorites, Springcon! I'll be the guy to see on day one, while Raighne will be there with manic laughter and mustache in tow for day two. Nothing is set yet, but chances are this will be the first proper show you'll be able to pick up Prizon Food 2: 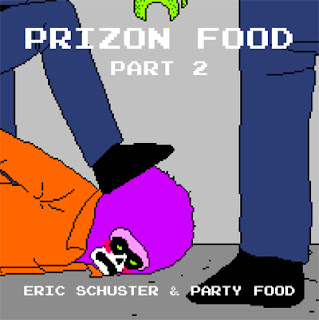 Details on a special release party for this guy are forthcoming, as Party Food has got something in the works. Check back here in April for more...

We've got about a month before we're back in Chi-town (6/16-17), this time for CAKE, otherwise known as the Chicago Alternative Komics/Komix/Komex Expo! Lots of people from our neck of the woods should be in attendance: Zak Sally, Nic Breutzman, Vincent Stall, Anna Bongiovanni all are confirmed, but I'm sure I'm forgetting more than a couple. 2dc OG Meghan Hogan will be there to debut the first in her new series of mini's titled Startled Maggie. Meghan always 'brings it' in ways we don't typically see in most comics, so I know both Raighne and I are looking forward to seeing what surfaces come June.

Alright, thanks for sticking it out if you're still reading, we have plenty of shows and books still in the pipeline for part 2 of twentytwelve, some which there have been murmurings of for a while now, others which only a select few are privy to. Trust me, you'll want to be checking in, more than a couple of surprises on the way...
Posted by Justin Skarhus at 11:05 PM