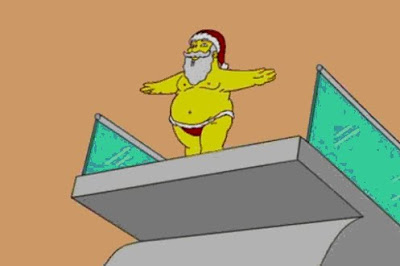 Now that we're working our way through the last few weeks of winter up here in the great north, it's time for 2DC to stretch beyond our borders once again and show the world what we've been up to.

Raighne is putting the final touches on something that has been in the 'pipeline' for a while now, our first book of 2013, Strong Eye Contact by Christopher Adams! Those of you who've been paying attention saw that we published a mini with Chris for SPX last year, Period, which gave us a glimpse of the distinct vision that Chris brings to comics. 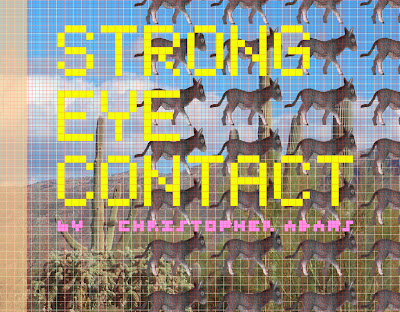 Our first exposure to Chris was by way of the work that became this book, and we couldn't be happier to be the ones helping bring this into the world. Strong Eye Contact will make its international debut this May at the Toronto Comic Arts Festival, May 11-12th.

Hot on the heels of our TCAF weekend will be the perennial local favorite, Springcon! We formally don't have our table assignment yet, but we have been doing this show since we started with Good Minnesotan 1 back in 2007, so you can expect to see us there again come May 18-19th.

We'll get a few weeks off before we move down to Chicago for the second year of CAKE, June 15-16th, where we'll not only have our stateside debut of SEC, but also our debut of another comic that's been a long time coming, Deep in the Woods by Noah Van Sciver and Nicholas Breutzman! This will also be going to press in a matter of weeks, with advance copies starting to ship to our Kickstarter backers by hopefully late April. Below is a rough image of a page that didn't make the Kickstarter campaign, from Nic's half of the comic, "The Mayfly" 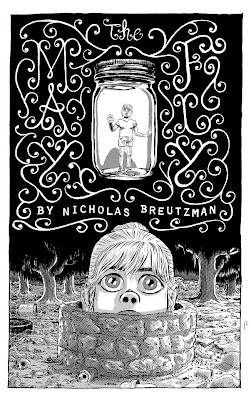 As I was writing this post, it looks like our intern Greer Lawson's anthology Every/Body made its goal, and in record time! There's still a full three weeks to secure yourself a copy and get in on the rewards offered. Every/Body will also debut at TCAF in May and will be distributed by 2D Cloud following the event.

Last, but definitely not least, we have been working with some of the best and brightest small-press comics publishers and cartoonists Minneapolis has to offer to organize what will act as a sort of follow-up to MIX from a couple years back, but also an expansion on that concept, Autoptic. Applications are open until MARCH 31ST, so if you want to be a part of what we're planning, the time to apply is now! There will be satellite events leading up to the show on August 18th, one of which your own 2DC will be hosting! Check here or our other channels (FB/Tumblr/Twitter) for further details as the date draws near. For those of us who saw SPX sell out in under an hour earlier this morning, this might be the show to be at for a lot of publishers and cartoonists following CAKE in June.

Lots more to show and tell, but this should be enough for now! More to come as always.