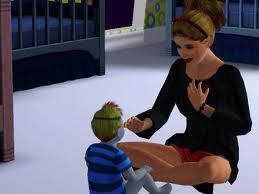 
First off, thanks to any and all who found their way to our table at the TC Zine Fest last weekend. I was playing Lonewolf, so I wasn't able to see many people besides my neighbors Anna B. and Eric S., who both had some fun mini's I picked up. I wholly recommend tracking down copies of each, if you can. Will Dinski's new mini, The Old Guys, did well on it's 2dc debut, which was good to see. I did manage to run over to Tom K.'s Uncivilized books table to pick up his new Gabrielle Bell Mini, as well as a couple of solid choices from the always polite John P. and his Spit and a Half distro, on tour now! Besides an overactive child (even when the Geirdoz aren't present, they seem to find our table) and her little ugly dog who was dangerously close to besmirching the last copy of Nic's You Can't be Here I had on hand, a good time was had by me. Nice job Lacey, here's to the 2012 show!


Onward and upward, we have our still newish and awesome 2dc (and NOW Fantagraphics) cartoonist Noah Van Sciver on his way to the city by the bay for APE this weekend, right alongside Joseph Remnant, who was kind enough to share table space with Noah and by extension, 2dc. Noah will have some of our more travel-ready 2dc books on hand, in addition to 2009 Isotope winning Covered In Confusion by Will D., not to mention his other thoughtfully crafted mini's, both old and new. This will of course all be accompanied by Noah's standard spread of Blammo's and other Van Sciver ephemera, such as his new mini, Dueling, which is just a taste of what's to come in Noah's forthcoming book from Fantagraphics:


As I've already mentioned multiple times already, Will Dinski's new mini is officially out in the world, and you can make the moves on getting your copy over at our online shop, in addition to a few other choice releases Will decided to have us distro for him. As with all of Will's work, he does limited runs, and these won't be available in shops, so unless you want to meet us in the flesh, get over there!


Now for the big-tent items. Vincent Stall/King Mini's first work with 2d Cloud, Things You Carry, is officially off to the presses! After pouring over the files and proofs (thanks Raighne and Vincent), everything should be in place and this will be one fine, fine book come October. We were hoping for the book to have a preview launch at Vincent's new show going up at the CO gallery 10/8, but some fine-tuning will probably push it back a little bit, possibly to the Rain Taxi Book Festival, possibly to an event all its own, details will be forthcoming. I know both Raighne and I are very excited and honored to be working with Vincent, given his reputation both in the sequential arts as well as his numerous other accolades and achievements. Below is a sample from Vincent's upcoming show of the same name at the CO gallery: 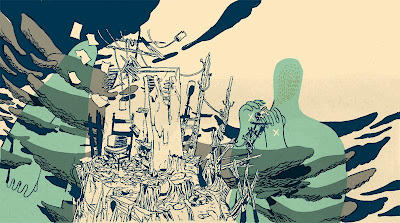 Last, but in no way least, we have just begun our push to get our other big 2011 release out the door in time for MIX: Motherlover. I can say that I've read this book multiple times already, both for copy editing purposes and in earlier permutations (for Nic's pieces anyway), and all of the work in here was already solid. Now, with a few minor editing choices by Raighne and I to "You Can't Be Here" so Nic's great pacing shines to its full extent and some of Raighne's as always stellar color work, we really have something of interest on our hands. Rob Clough has been gracious enough to put 2dc in context with the Minneapolis comics scene and beyond, as well as expound upon what makes the Holden Bros. and Nic's comics  so oddly compelling by providing a foreword, all of which can be read here, which sits below the following video from the kickstarter:

We're about a quarter of the way there already (huge THANKS to those who have already shoved numbers our way!), but to keep the momentum going we'll need YOU to find it within yourself to bring this book the attention it deserves. We have quite a few worthwhile incentives tied to each price level, some of which I'll be making sure I snag a copy of before they're gone, so make that hard for me to do and drop the coinage!

Alright, another night of little sleep at the 2dc abodes. Show up to Vincent's show if you're able, we'll be there!
Posted by Justin Skarhus at 9:51 PM