The latest shop to get on the Noah Van Sciver // Death of Elijah Lovejoy band-wagon is the Copacetic Comics Company. While I have never made it to Copacetic myself, that shop looks to be a comics / art / literature / media mecca. So folks in Pittsburgh, why don't yah treat yourself to some gorgeous tactile media and stop on by the Copacetic Comics Company? I don't think you'll regret it. And besides, how could you not want to add a little bit of that Noah Van Sciver magic to your collection? 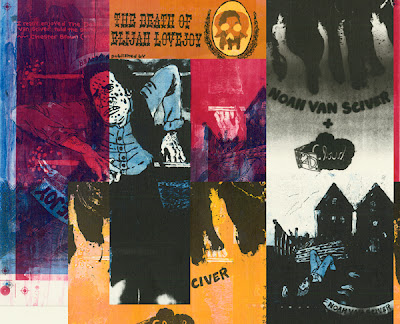 This image is snipped from a bunch of misprints of Noah's Lovejoy comic booklet. We plan on having a show sometime this year involving those misprints and some originals from the comic itself. For those unaware, the entire book was printed by La Mano's head-cheese, Zak Sally (they have their own press!). Anywho, I'll keep yah in the loop on that as it develops.
Posted by 2D Cloud at 12:53 PM