Yeah this was a couple weeks ago...  That is, that Noah and a few other cartoonists discussing Best of 2010 comics on the comix radio show, INKSTUDS.  Follow the link.  Noah named Nic's You Can't Be Here as one of his favorite reads of 2010!  Thanks Noah for the shout out!  Anyone interested in picking up that newspaper comic best act on it soon, there's only like 30 of 'em left! 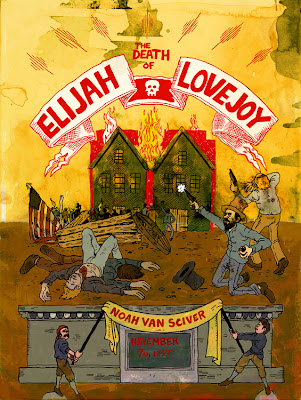 Update: I forgot to mention, BLAMMO #7 is currently available for pre-order. Do yourself a favor and pick up that book from Kilgore! It's got a beautiful colour cover!
Posted by raighneHOGAN at 5:24 AM