Deep in the Woods press release

Minneapolis-based comics micropublisher, 2D Cloud, announces their second release of 2013, Deep in the Woods, a double-feature from Noah Van Sciver and Nicholas Breutzman. Debuting at the Chicago Alternative Comics Expo June 15th & 16th and at finer independent bookstores and comic shops in June 2013. 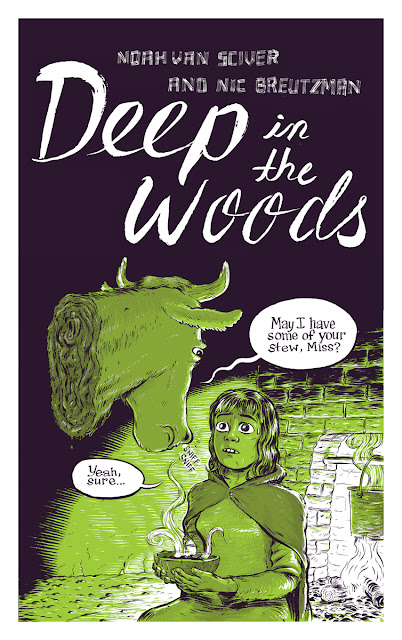 Available now for ADVANCE-ORDER. All orders will ship in June.

Robin, the dutiful daughter of a drunk runs away from her home, an evil step-family, deeper into the haunted woods. Who knows what she’ll find? Whiskey's solace? A floating cow head's kiss? Find out in Noah Van Sciver’s “The Cow’s Head”.

Heartbroken Sammy must convince her grandfather to crawl out of the well he’s holed himself up in. But first, it’s a walk through the woods with googly eyed mutant brothers and a stop at the crack witches hut for a ssssmoke. Take a toke with Nicholas Breutzman’s “The Mayfly”. 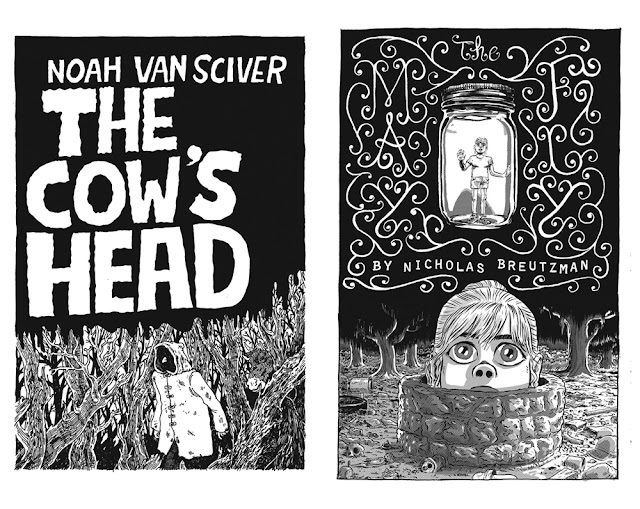 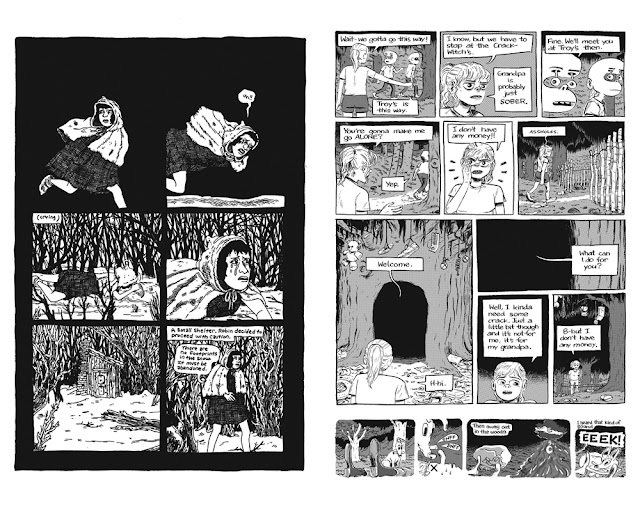 Nicholas Breutzman
Nic is a Minnesotan native by way of New York who has had a number of comics published both through 2D Cloud as well as in collaboration with other artists, such as Sharon Lintz (Pornhounds 2) and a collection of SVA grads (Jon Vermilyea, Eamon Espey, Raymond Sohn, et al) for the anthology Critical Citadel. He placed at #24 on The Comics Journal’s Top 50 comics of 2009 for his graphic Novella Yearbooks, has been listed as a notable in multiple editions of Best American Comics for work in Motherlover and Yearbooks, and his work with Sharon Lintz on Pornhounds 2 secured him a place on numerous best of 2011 lists.

Noah Van Sciver
Noah Van Sciver was born in 1984 in New Jersey. He first came to readers’ attention with his comic book series Blammo, which earned him an Ignatz award nomination in 2010. His first 2D Cloud release, The Death of Elijah Lovejoy, brought him his second Ignatz nomination in 2012 and a place in the top 10 minicomics of 2011 for The Comics Journal. His work has appeared in the Alternative weekly newspaper Westword, Mad magazine, and multiple graphic anthologies. His first book The Hypo: The Melancholic Young Lincoln from Fantagraphics books is a graphic portrait of Abraham Lincoln’s early years in Springfield, Illinois.